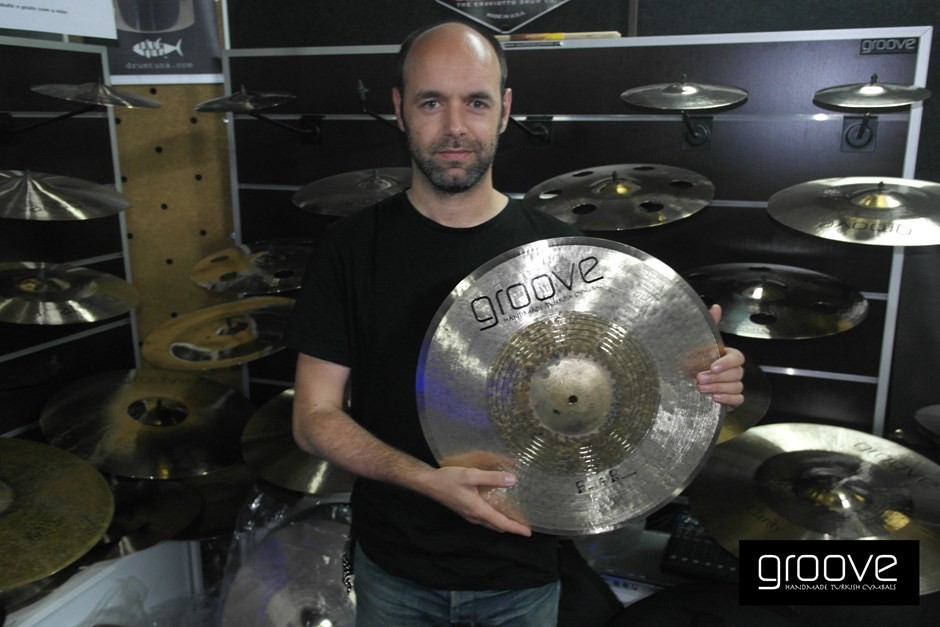 Alexandre Alves was born in Torres Vedras in June 11, 1979. When he was 17 years old started take drumm lessons with Manuel Barreto. In 1996, 1998 and 1999 participated in workshops organized by the Municipality of Lourdes and the Hot Club.

Between 1998 and 2002 he also attended a degree in early childhood education, having worked as a teacher between September 2002 and December 2007.

Also had the opportunity to participate in 2007 on the soundtrack of the series “A quaint world."

Recently participated in workshops in C.C.B. with the objective to show jazz to children (from 3 years), the project “Banjaz - a weird bug” (theater play / DVD / CD). It is drummer in the project «The 5 senses of jazz 'and' Singing together" project.

In June 2011, completed a degree in Jazz at the School of Music. Between January and July 2012 was part of Mus project, and as a musician in college D. Maria Pia Casa Pia de Lisboa, having collaborated with the 3rd and 4th years. In the academic year 2011/2012 teaches discipline battery in professional course of Alcobaça Music Academy / Secondary School Inês de Castro.