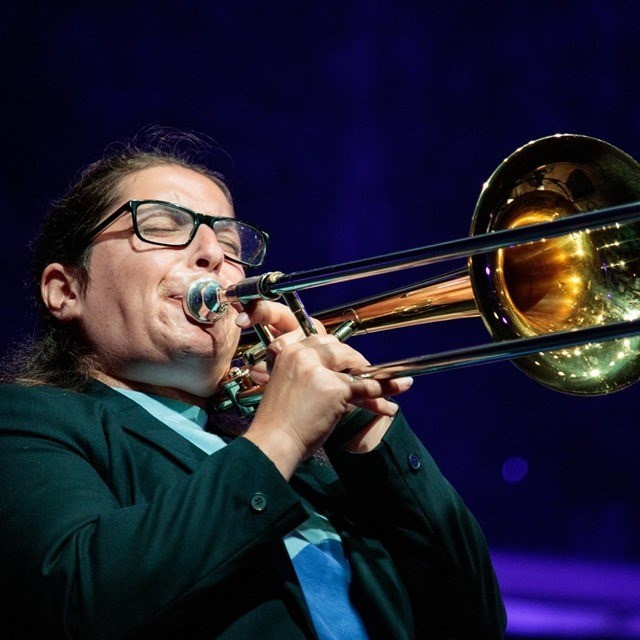 Andreia began her studies when she was eight, playing euphonium, and later on classical trombone. She attended at the Conservatory of Music in Aveiro and afterward joined Espinho’s professional music school, where she had trombone classes guided by Professor Hugo Assunção. Moreover, she began studying jazz trombone with the professor the trombonist Lars Arens, the trumpeter João Moreira and the pianist Carlos Azevedo.

She taught the discipline of jazz trombone in the North Jazz School. Furthermore, she won first prize in the category of colleges’ combos in Festival de Jazz do São Luiz, representing the School of Music and Performing Arts.
Currently, she teaches the discipline of professional trombone in jazz course at the Conservatory of Coimbra and is a member of the Orquestra Jazz de Matosinhos.