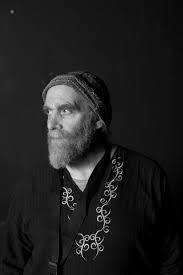 Levin grew up in Philly, but studied music and creative writing on the west coast at the University of Oregon. He took private lessons with a former Philadelphia Orchestra saxophonist, Michael Guera, and embarked on further research with the great jazz pianist, Cecil Taylor, in whose groups Levin has also performed. Claire Polin is Levin’s primary instructor on flute.

The list of Levin credits includes playing with Harold Melvin & the Blue Notes for a decade as the saxophonist in the Sound of Philadelphia band, as well as with Odean Popes’ Saxophone Choir, Tyrone Hill, Don Preston, Scram!, New Ghost, Atzilut (Fourth World), Talking Free Bebop, and various collaborations with bassist Jamaladeen Tacuma. Levin’s gigs with Taylor included the groups Phthongas and Unit Core Ensemble, and he can be heard on the Taylor FMP album Live in Berlin.

On the poetry scene, he has performed with Miguel Algarin, Gloria Tropp, Mbali Umoja, Marty Watt, and Frank Messina. Levin has published several books of his verse, which also appears in publications such as L.A. Weekly, Blue Beat Jacket, The Painted Word, Po’ Fly,
Vital Pulse, and Poets and Prophets. He has received awards from New American Radio in New York, The City of Los Angeles Cultural Affairs Department, the Pennsylvania Council for the Arts, and the California Endowment for the Humanities.
Besides playing professionally with a variety of groups, embarking on semi-regular journeys around the country, he also jams.

No description of the Philly jazz scene exists that does not include something along the lines of “And Elliott Levin has been known to sit in, buggin’ out with his sax and flute…”