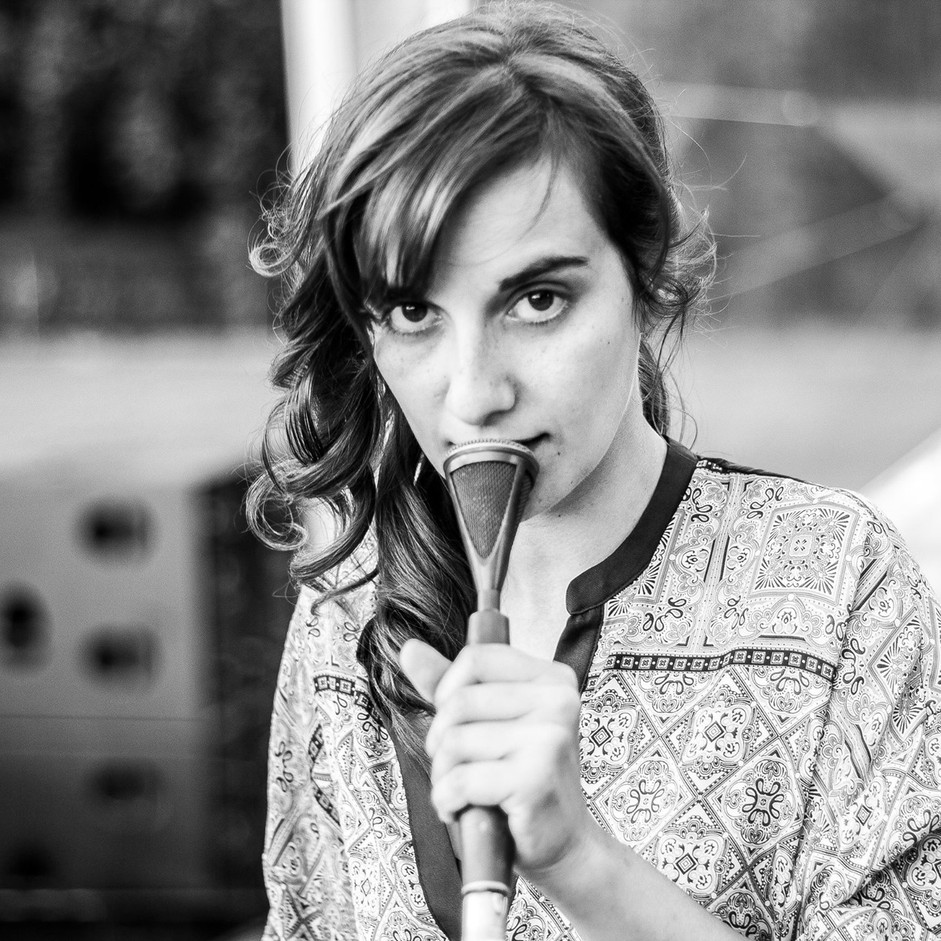 Vânia Couto is a creator, artist, founder, singer and portuguese instrumentalist. From a very young age she participated in music and amateur theater associations. Later, in Coimbra, she did a master's degree in Systemic and Clinic Psychology, her passion grew through contact with various cultural organisms.

She entered into GEFAC (Ethnoghraphy and Folklore Group at the Academy of Coimbra) in 2006, where she discovered the roots of Portuguese music, she was one of the founders of the Tuna at FPCEUC and participated in cultural academic events. In mythical spaces in the city, like the House of Fado Diligence, she let herself be cradled by endless nights of Fado Vadio. This was a time of adventures that led to more serious projects. Vânia Couto explored new paths that led to the jazz course in the school Sítio dos Sons, where she formed in guitar and voice.

In 2010 she realized the course of musical animators at Casa da Música in Oporto, on the scope of the project Sónopolis, dedicated to the communities work. . In 2011, at Associação Tempos Brilhantes, she founded and developed educational projects related to music and theater, currently teaching musical and dramatic expression to elementary, pre-school and daycare students. She also did the Jos Wuytack’s Musical Pedagogy course, a prestigious educational methodology to children from 6 to 10 years old of age.

She was part of the project Tobacco shop (poetry with musical interpretation and reinterpretation) and currently she integrates the Macadame project (traditional Portuguese music with a contemporary interpretation, and has a solo project, the project Branta (one girl show, with world music).

In 2012 she was invited to give a voice to the project Pensão Flor, known to be one of the best albums of 2013 and is progressively recognized by national and international audiences
Beyond all the musical projects, she founded the association Catapum, where she develops works in various artistic variants. In 2019 she released an album in collaboration with the singer and multi-instrumentalist César Prata, entitled Rezas, Benzeduras and Other Cantigas, an album that makes an alliance between contemporaneity and traditionality.